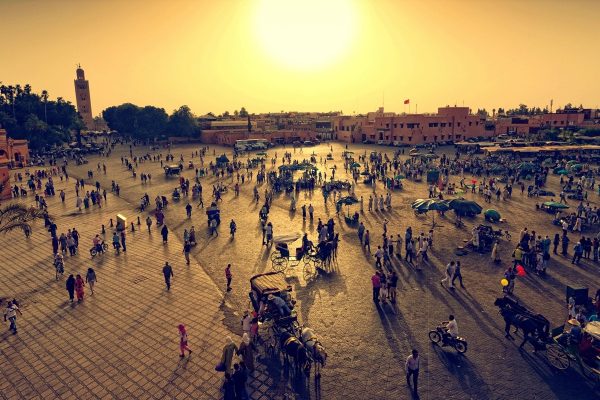 Marrakech is known as the “red city or Al Hamra,” a city in southwestern Morocco within the foothills of the Atlas Mountains. Marrakech is the second largest city and administrative center in Morocco. The heart of the Marrakech, Djemma El Fna Square,Marrakech with its souks, gardens, palaces, snake charmers, outdoor food stalls and fabulous shopping for Moroccan goods is an popular starting for many day trips and desert tours. for this Marrakech sightseeing tours:

The Majorelle Garden is filled with colorful walkways, ponds, cactus and plants as well as a beautiful shop with hand-made goods. The Majorelle Gardens are a lush, garden estate designed by Jacque Majorelle and maintained by Yves Saint Laurent. The Majorelle Garden, previously the Jardin Bou Saf, bears its name from its original creator, Jacques Majorelle. In 1947 he opened his gardens to the public and during this time also painted a magnificent ceiling space at La Mamounia, a five-star hotel in Marrakech. He built the garden during those years using special color of blue which he used extensively in the garden that is named after him, Majorelle Blue.

The Koutoubia Mosque and Gardens:

The largest mosque in Marrakech, Morocco. The minaret was completed under the reign of the Almohad Caliph Yaqub al- Mansur (1184-1199) and was used as the model for the Giarlda of Seville and for the Hassan Tower of Rabat. The name is derived from the Arabic al-Koutoubiyyin for librarian, since it used to be surrounded by sellers of manuscripts. It is considered the ultimate structure of its kind.

The tower is 69 m (221 ft) in height and has a lateral length of 12.8 m (41 ft). Six rooms (one above the other) constitute the interior; leading around them is a ramp by way of which the muezzin could ride up to the balcony. It is built in a traditional Almohad style and the tower is adorned with four copper globes.

The El Bahia Palace in Marrakech is a beautiful building and an excellent example of Eastern Architecture from the 19th century that represents trends and standards of the wealthy who lived at that time. It was built for Ahmed Ibn Moussa (or Ba Ahmed) between 1894 and 1900 in the Alawi style that was popular at the time. Craftsmen were brought from Fes to work on this monumental task which took approximately fifteen years to complete.

It is said that the palace was built as a home for Ba Ahmed’s official concubines, and it has also been said that the importance or favor of each concubine increased along with the size of their bedroom. The name ‘Bahia’ means ‘palace of the beautiful.” There are 160 different rooms in the palace which are sprawled out in an open, rambling fashion. Decorations take the form of subtle stucco panels, zellij decorations, tiled floors, smooth arches, carved-cedar ceilings, shiny marble (tadlak) finishes and zouak painted ceilings. The palace is surrounded by an eight-hectare garden.

The Ben Youssef Medersa established by the Sultan ” Abou el Hassan (1331–49), but rebuilt in the 1560s, under the Saadians. The school is where students learned the Koran by rote, and is the most beautifully decorated building in Marrakesh, with lashings of classic Moroccan decor – zellij tiling, stucco plasterwork, carved cedarwood – all worked to the very highest standards. The central courtyard, its carved cedarwood lintels weathered almost flat on the most exposed side, is unusually large.

Along two sides run wide, sturdy, columned arcades, which were probably used to supplement the space for teaching in the neighbouring mosque. Above them are some of the windows of the dormitory quarters, which are reached by stairs from the entry vestibule, and from which you can get an interesting perspective – and attempt to fathom how over eight hundred students were once housed in the building. One room is furnished as it would have been when in use.

The Saadian tombs in Marrakech date back from the time of the sultan Ahmad al-Mansur (1578-1603). The tombs were only recently discovered (in 1917) and were restored by the Beaux-arts service. The tombs have, because of the beauty of their decoration, been a major attraction for visitors of Marrakech. The mausoleum comprises the corpses of about sixty members of the Saadi Dynasty that originated in the valley of the Draa River.

Founded in 1558 by Moulay Abdallah, the Mellah district was designated as the Jewish quarter in Marrakech. At the time of the Spanish religious wars, Jewish refugees were escaping the country, and were offered this little piece of security by the Sultan.

The Rahba Kedima is a colorful market filled with a wide array of spices from Cumin, Cinnamon, Saffron, Dried Pepper and more.

A private museum in Marrakech that is dedicated to popular arts & crafts, styled as a beautiful Spanish-Moroccan house, next door to Dar Si Said palace, a smaller version of the Bahia.
Included in the Marrakech sightseeing tours:

Contact us to get your quotes for Marrakech sightseeing tours 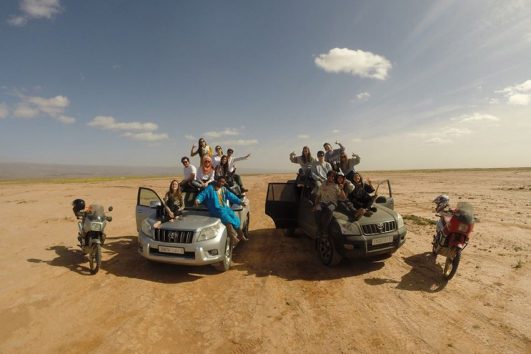 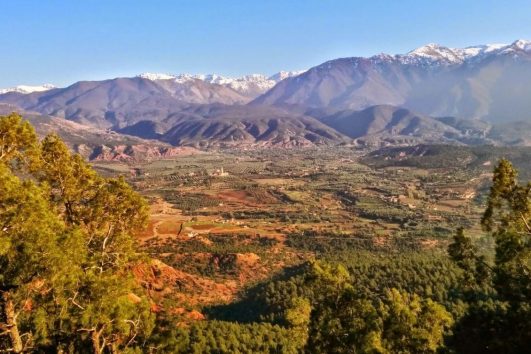 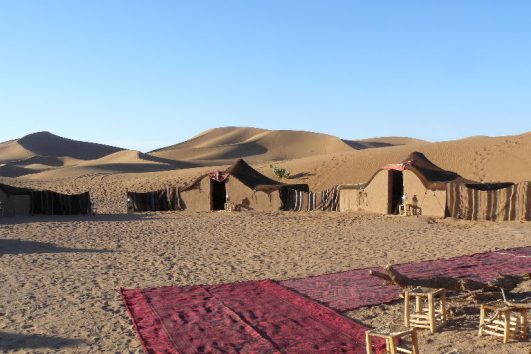