During 7 days, experience the life in Morocco, travel through the Zagora Desert, visit a huge oasis full of palms, experiencing the daily life of the local Berber. Get delighted watching the Merzouga Dunes of the Erg Chebbi Desert. Visit Todgha gorges, the biggest and the most fascinating canyons all over the country driving in your 4×4 trucks.

Marrakech – High Atlas Mountains – Talouet – Ait Benhaddou – Ouarzazate. Top Morocco desert tours from Marrakech to Erg Chigaga. After breakfast we start our trip through Tizi-n-tichka pass of the High Atlas Mountains, where hundreds of superb Berber villages are scattered on the mountains. Most of the houses in these villages are made from mud and straw; in the middle of nowhere; with thousands of satellite dishes on the roofs. The scenery will make you feel that nothing has changed in life here through thousands of years. Meanwhile, donkeys and mules are still the main means of transportation among these high and tough mountains, since there are no accesses for cars and tracks. After almost three hours driving, we will stop to visit the ancient fortified city of Ait Benhaddou which was first built on the 11th century and has been listed by the UNESCO in 1992 as a world heritage site. Explore the streets of this clay Kasbah at a relaxed pace and have some tea with the family that is still living there looking after the Kasbah. More than 300 families used to live here, and each Berber family consists of at least ten people. So you can imagine how many families used to live here! More than 3000. We pass by Ouarzazate (Africa´s Hollywood) and get to Noiselesslytown, the door of the desert, a city situated in the middle of a bare plateau, south of the High Atlas Mountains.

Why this town is nicknamed as Africa’s Hollywood? Simply because it has been noted as a film-making location, with Morocco’s biggest studios inviting many international film companies to shoot their movies, like : Lawrence of Arabia (1962), The Living Daylights (1987), The Last Temptation of Christ (1988), The Mummy (1999), Gladiator (2000), Kingdom of Heaven (2005), Martin Scorsese’s Kundun (1997) and Babel (2005).

Ouarzazate – Skoura – El KâleeM’gouna – Dades Gorges – Todgha Gorges (240 km). After breakfast, we drive for 170 Km towards the fabulous Todgha gorges, the biggest and the most fascinating canyons all over the country.We will drive across the valley of roses.We call this rose the Damaskina rose which had been brought from Syria by pilgrims who used to go to Mecca by foot. So on their way back they brought this rose and planted it here in this valley. There are many rosewater factories in the area, where they produce different cosmetic products. We will stop by one of the factories to see what the different steps of evaporating and purifying the rose water are and what are the different products done with it. On the road we will go for a quick tea with a nomadic family that is still living in caves. Where we will see the natives of Morocco who are indeed Berbers, the original settlers of Morocco and North Africa before the Islamic conquests in the 9th century. We will enjoy an hour walking around those fabulous canyons and get thousands and thousands of pictures because it is really something amazing. We spend the night in Ouarzazate.
3

Tinghir – Tazarine- N’Kob- Zagora-Sand dunes of M’hamid(437km). We Leave Tinghir and go on our way via N’kob, a village of clay houses which is a natural oasis located on the foothills of the Hight Atlas mountains, where life is based on dates and agriculture.We keep on driving passing by the noiseless village of Tazarine, which is the the capital of Henna, since there is a rich agriculture of Henna plant here. We arrive to Zagora, which is a town in the valley of the Draa River .It is flanked by the mountain Zagora from which the town got its name. At the top of the Zagora Mountain the remains of an Almoravid fortress can still be seen. The exact location of the former Almoravid mosque is still a matter of dispute. Each year the moussem (festival) of the Sufi saint moulay Abd-el-Kader Jilali is celebrated in Zagora. A well-known sign at the town “Tombouctou 52 jours”, the supposed time it takes to get to Timbuktu, Mali by foot or camel. From Zagora to M’hamid, which is a very modest village.and not much different from the village you have passed before arriving here. From a vast plateau you will get impressed by the sand dunes of Mezaouria.Tonight we stay in a Berber camp and enjoy a wonderful stars view.
4

M’hamid – Erg Chigaga(60km) Top Sahara Desert in Morocco. From the noiseless camp of Mezaouria we start driving along sand dunes on a peaceful and fascinating wilderness. Some of those paths were Dakar tracks. From a vast plateau you will get impressed by the huge sand dune of Chigaga,where we will go for a camel ride to meet one of the most fascinating sand dunes sights we will ever see, the superb sunset in the middle of the high sand dune of Chegaga.Tonight we stay in a Berber camp under the stars.
5

Sand dunes of Erg Chigaga – Foum Zguid – Taznkht – Fint oasis (260km). From chigaga we drive along sand dunes on a peaceful and fascinating wilderness some passing by the natural dried lake of Iriki. 30 years ago this lake was full of water and different kinds of birds. After a long way driving on an off-road, we get into the regular road and pass the small town of Foum-Zguid, which is a noiseless and a sleepy Berber town. We stopover at Taznakht. Easy drive to FintOasis(hidden Oases),which is situated among the mountains in the middle of nowhere. You will get astonished by the life rising up suddenly when you see the green fields and palm trees together with clay houses in the middle. We will enjoy the night with a berber family in a guest house.
6

Fint Oasis – Tizi-n- Tichka – Marrakesh – Essaouira. After a breakfast with the berber family, we leave this unforgettable place and keep driving to see Tifoultout Kasbah, built in the 17th century. It is all made from clay and straw. Mainly inhabited by Berbers, who constructed many of the prominent Kasbahs and buildings for which the area is known .We drive along the mountains again where we can enjoy the fascinating presence of superb and scattered Berber villages on the road towards Essaouira. This is one day trip to Essaouira, which was founded by the Portuguese in the 18th century. Although Essaouira (then called Mogador) was home to a series of forts beginning in the 15th century, it was only in the 1760s that the town was called Mogador.
7

Essaouira – Marrakesh: After Breakfast you can enjoy free time to wander along the beach.Then we drive back to Marrakesh for about 3 hours.On the road we will see a lot of Argan trees on both sides of the road, with a fascinating view of goats climbing and eating the fruits. End of the tour. 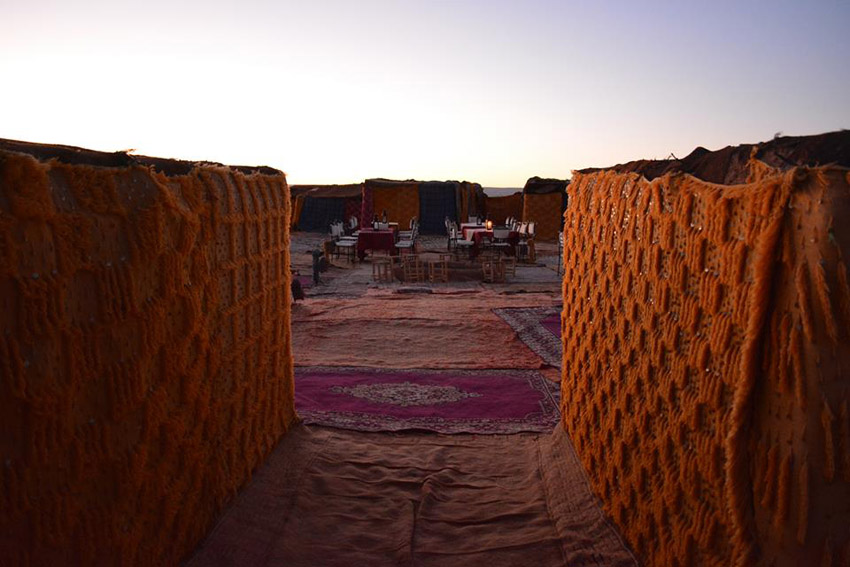 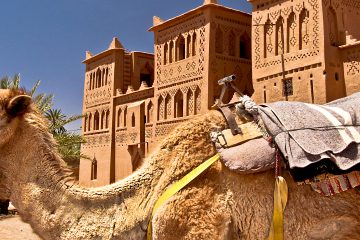 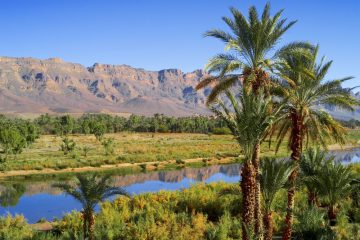 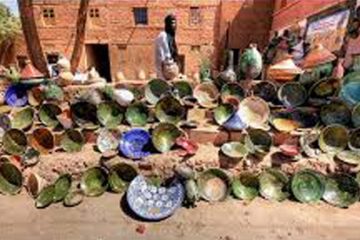