Departure early morning from your riad/hotel in Marrakech and travel through the High Atlas Mountains via the Tichka Pass (2260 m) – the highest road pass in Morocco offering spectacular charming views of the mountains and valleys with a snaky road, beautiful landscapes with different colours and the Berber villages along the way. Visit several kasbahs along the way, including Tamnougalte. The trip continues through the palm-lined Draa river valley. Arrival to Zagora, Dinner and night in a Riad.

After the morning meal, we will have enough time to visit Zagora and its surroundings especially the Jewish quarter in Amzerou and the palm groves. Afterwards, we continue our trip towards the doorway to Sahara Desert (Mhamid). Along the way, we stop in the the original town of the 16th century dynasty ( Saadian), Tamgroute, to visit an old Coran library and a subterranean kasbah.

We arrive to Mhamid where the Draa valley and civilization end. Lunch as a desert Pic Nic,then we take direccion to Erg chegag we arrive before the sunset you will start the nomadic life by riding the camels and travel along the desert with its different facet of life and also diverse components. Dinner and night will be enjoyed under the nomad tent or under the starlit in the midst of nice sand dunes.

After enjoying the sunrise up the sand dunes, breakfast is served to you, then departure in 4×4 via the old Paris-Dakar road to Foum Zguid, Passing by the natural dried lake of Iriki.30 years ago this lake was full of water and different kinds of birds. Lunch in the berber village Taznakht It was a former trading post for this large region. This little Berber village is one of the biggest centers of carpets in the kingdom.

After the breakfast we have an hour to visit the site of Ksar Ait benhaddou then we continue our trip inside the high mountains of the Atlas ,so as to reach the th Kasbah of Telout, a former route of the caravans from the Sahara over the Atlas Mountains to Marrakech. It was the seat of the El Glaoui family’s power; they were given political power of Morocco south of High Atlas Mountains by the King Moulay Hassan. After lunching in Telout we drive straight away to Marrakesh. 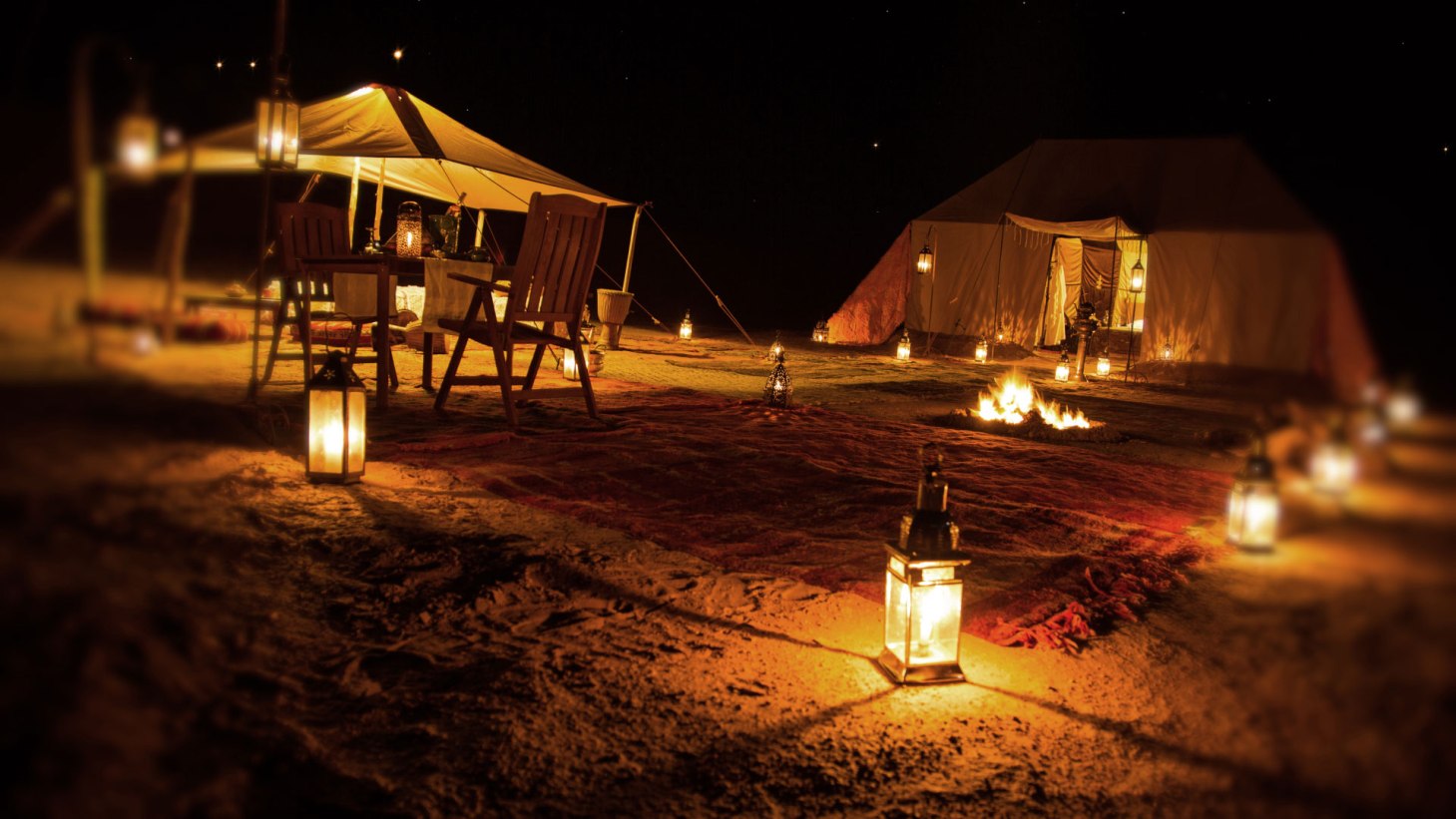 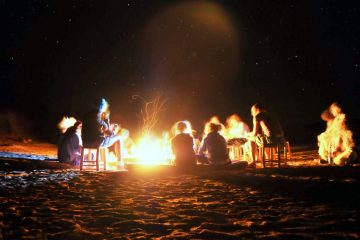 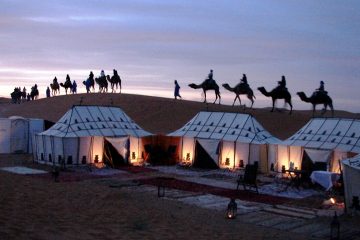